Home
Smoking
Smoking with your grill using the snake method

We’ve already covered how to turn your grill into a smoker, but if you want to step up your game try the Snake Method to smoke your next feast.

Not only will you look like a pro, the snake method is easier than standard grill smoking. With this method, you can smoke for longer hours but have less worry over controlling the temperature. Although this is a fairly new idea it is quickly becoming thought of as the best way to smoke with a charcoal grill.

By arranging the charcoal in a snake, or semi-circle, along the edge of the grill the temperature inside remains steady. Also, this method will burn for longer hours while, at the same time, reducing the amount of fuel you have to use.

To prepare your grill first remove the cooking grate. On one side of your grill place an aluminum drip pan. To add some moisture to your smoker fill the pan approximately halfway with liquid. As usual, you can use this opportunity to get creative, you can use typical liquids such as water or apple juice or you can experiment with your own tastes. Whatever you decide, don’t skip this step, the water helps to keep the temperature even. 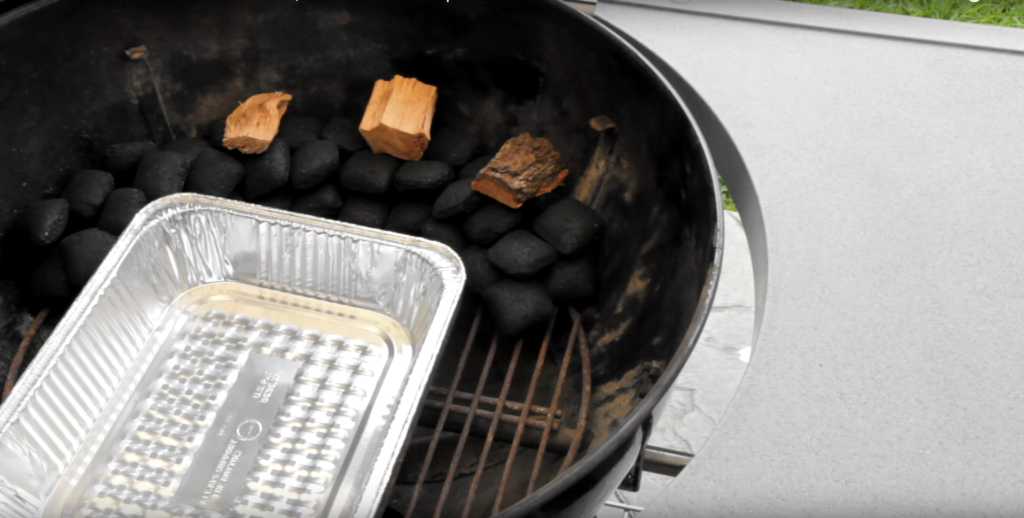 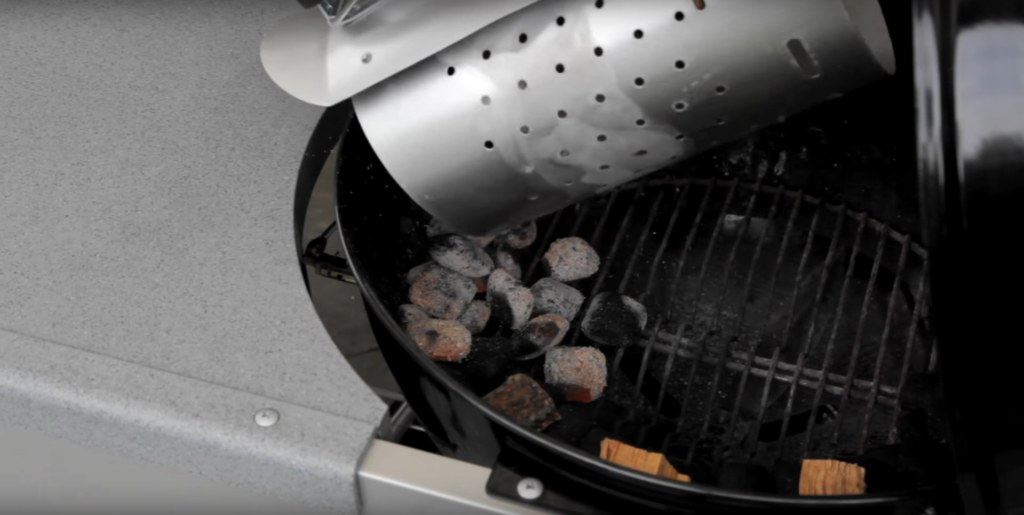 Now cover the grill, open the bottom vent all the way and the top vent about half way, then just let it burn for a while. After about 20 minutes the temperature inside the grill should be stabilized around 250 degrees.

Place the meat in on the cooking grate; if you think the meat is too close to the burning coal, you can build a heat shield out of foil and place it under the edge of the meat nearest the coals.

When you close the lid place the vent and thermostat, if you have one, opposite the coals, and that's that.

You should check it every now and then to make sure the temperature is good and adjust the vents as needed. You should be able to get around 5 - 6 hours of 225°F. This is assuming you loaded two bottom rows of coals (side x side), with one coal stacked on top of those two bottom rows (most of the way around). Be sure your bottom vent is open about an 1/8 inch and the top vent is all the way open.