Home
Smoking
The Smoked Jalapeno Popper to Rival All Others 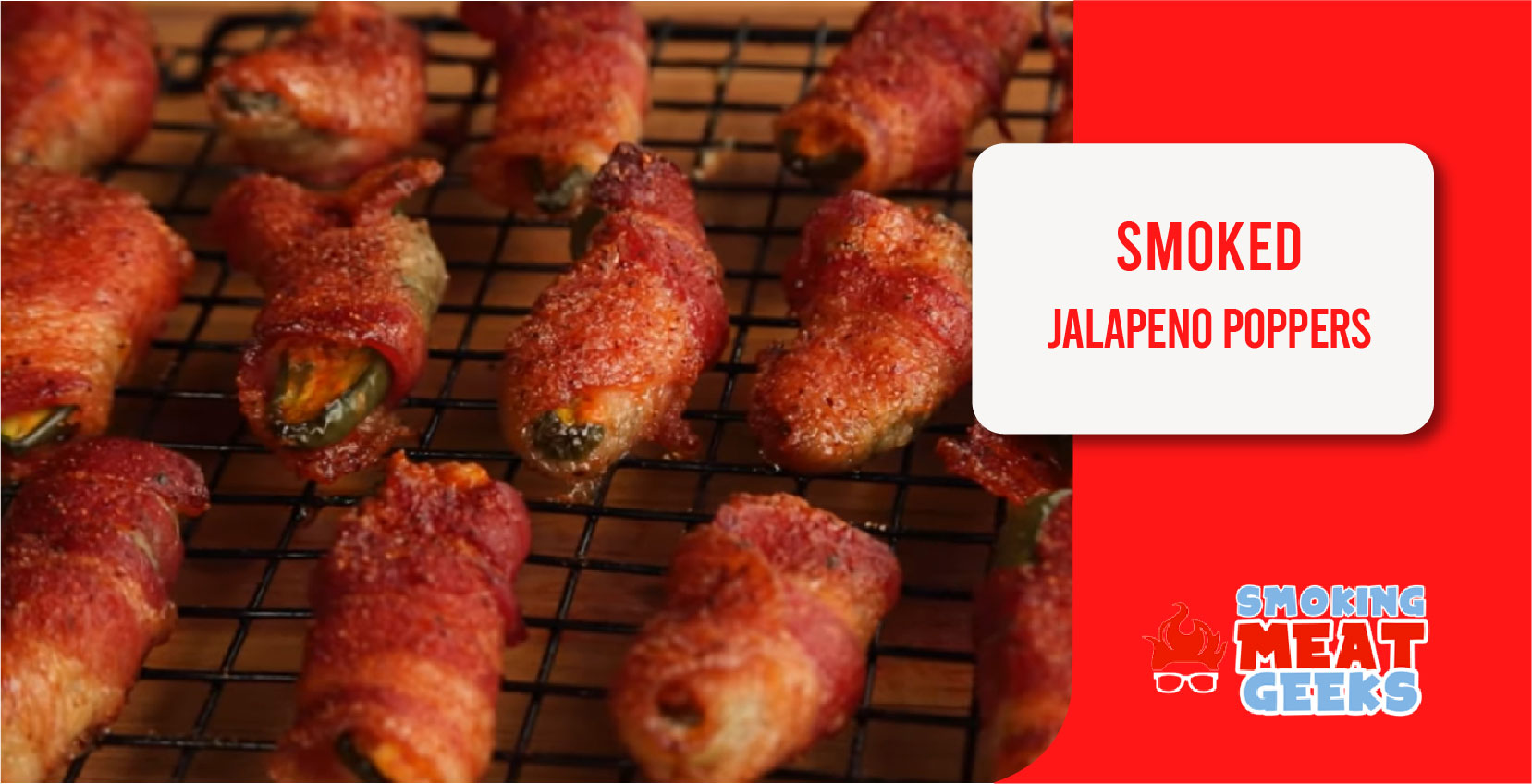 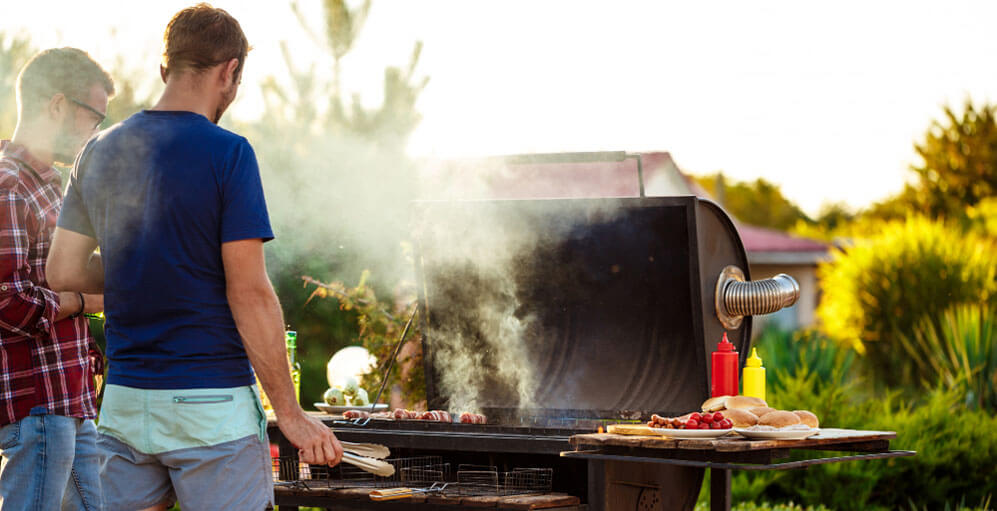 Bring the Life to the Party

It’s the gathering season. Whether it’s a football game, holiday party or just a gang of friends, there are all kinds of excuses to make some smoking hot food that people are sure to love.

There are a ton of ways to skin this cat and end up with jalapeno poppers that are awesome. Being as how we are the Smoking Meat Geeks you surely know that the best way is to smoke these critters. And use some meat, in this case bacon and sausage. So let’s get prepping to get stuffed. 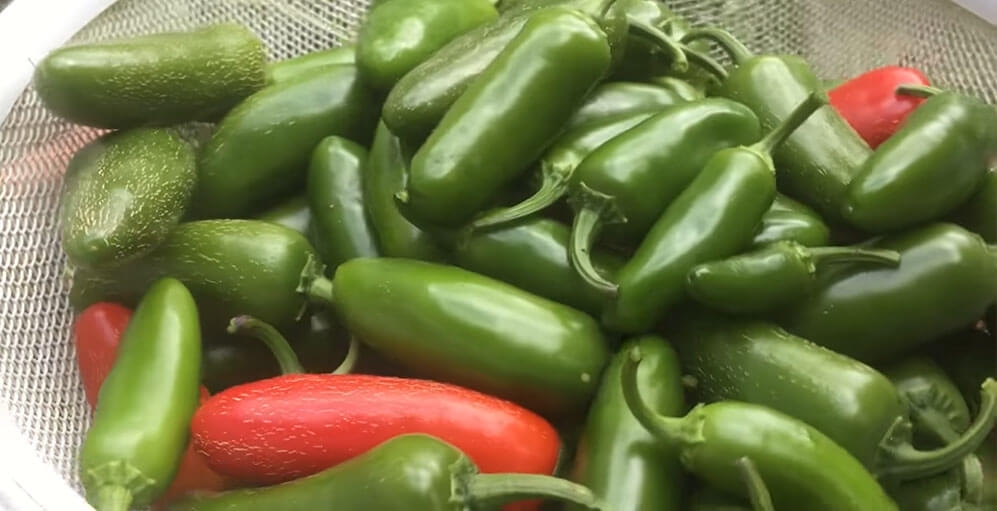 Jalapenos have a definite path they walk through their lifecycle and as they mature. Two things happen. They get hotter as they age. And they begin to shift to a red color.

Another visual cue to the heat of a jalapeno, is that as it matures it becomes darker and acquires the white horizontal lines (show in the picture above). As these mature peppers are considered riper, you can also expect them to be sweeter than a new shiny looking green pepper. There are those who say that jalapenos with a rounded end will be less spicy than the ones with pointed ends – jury is still out on this one.

Lastly, be aware of their size. You want peppers that are similarly sized so that they cook evenly with each other. You also want to try and get the ideal size to work with the stuffing you make, not too big or you’ll only get a few before you run out of the goodies.  Too small and you can’t stuff enough in to get all the flavor we are looking for. 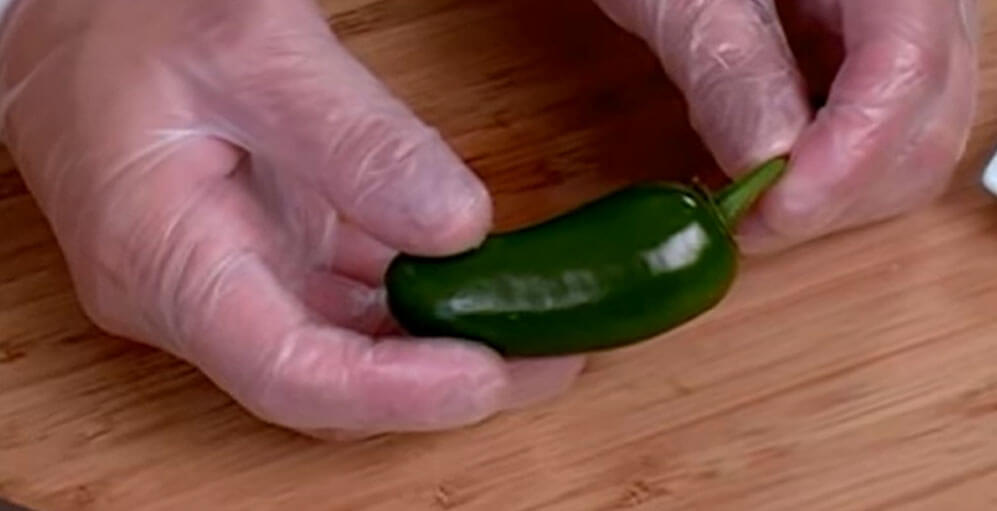 We all have a love hate relationship capsaicin whether you know it or not. That is the substance that brings the heat in all peppers, including jalapenos. But consider how devastatingly hot some peppers can be, often bringing tears to the eyes while eating and sometimes later as well.

You do not want this same substance in your eyes, or any part of your face. Ideally you want to wear gloves while prepping the peppers. If you do not, be absolutely certain to give your hands a thorough washing. Because if in your eyes sounds bad, consider perhaps going to the bathroom when you have the capsaicin on your hands.

Remember that the heat is also smeared on your cutting board, knife(s) and anywhere the cut peppers have visited. Okay, enough with our public service announcement, let’s move forward 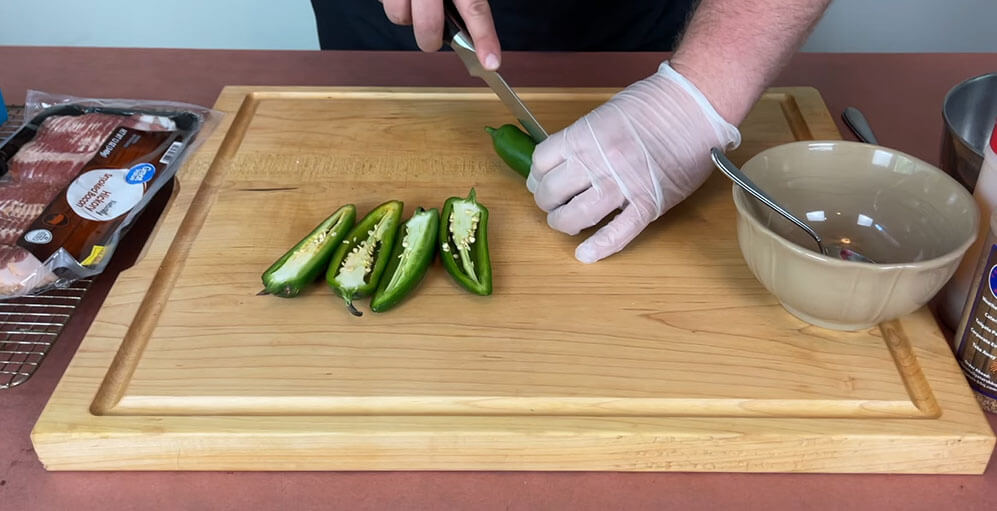 You have a couple options in getting a pepper ready to stuff. The goal is an end result of jalapeno flavors complimented by tastes from the stuffing and other ingredients.

The easy way is to cut that son of a gun in half lengthwise. Technically you could make two poppers if you have larger peppers. You can modify this approach and cut it in half lengthwise, stopping just before the stem, then making a small cut across the top to release one of the halves. If you do this, keep the two sides together, stuff them and put them back too look whole.

The fancy way is to cut a slit from the top to the bottom tip and only into one side of the pepper. Then, like an old coin purse, you can squeeze the top and bottom toward each other and it will open up for cleaning and stuffing. 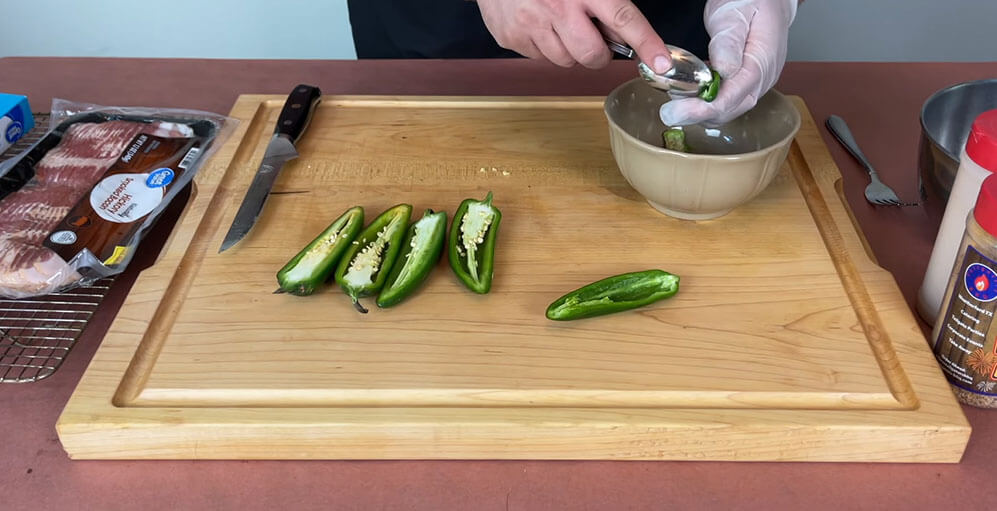 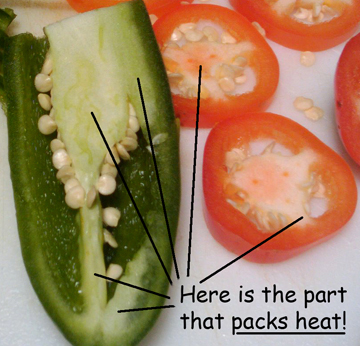 Seeds don’t carry much of the heat.

A common myth is that the seeds contain all the heat. This is mostly false, we want the seeds gone because their texture is annoying to chew. The real heat lies in the white pith inside the pepper.  These white veins are what carry the most of that active heat component called capsaicin.

This is a good thing. It offers you a relative amount of control over how hot your end result will be. If you just pull out the seeds and leave the pith you will have more heat to eat. If you scrape out the inside you will have a less spicy yet still tasty dish. 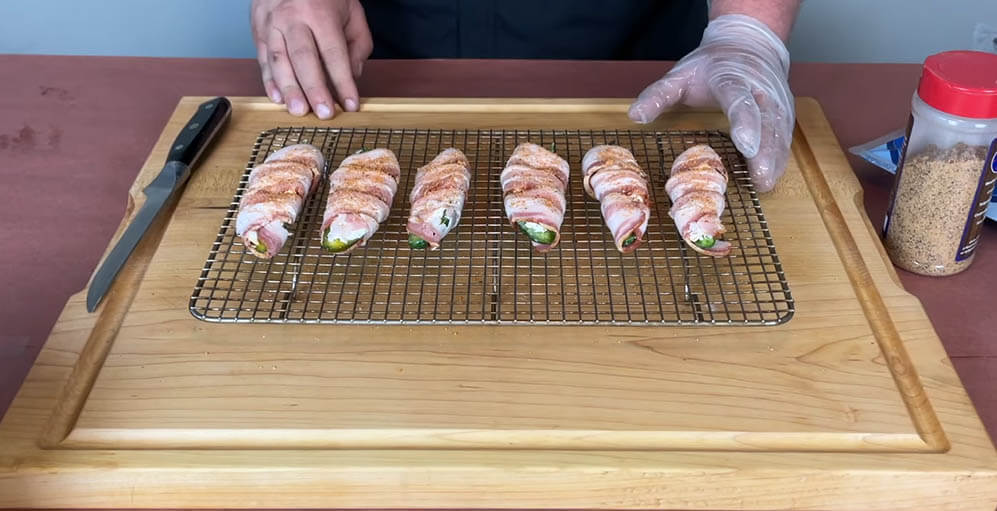 ‘Oh, You’re So Fancy’…. This holder makes it easier to keep things together you can grab it on Amazon.com 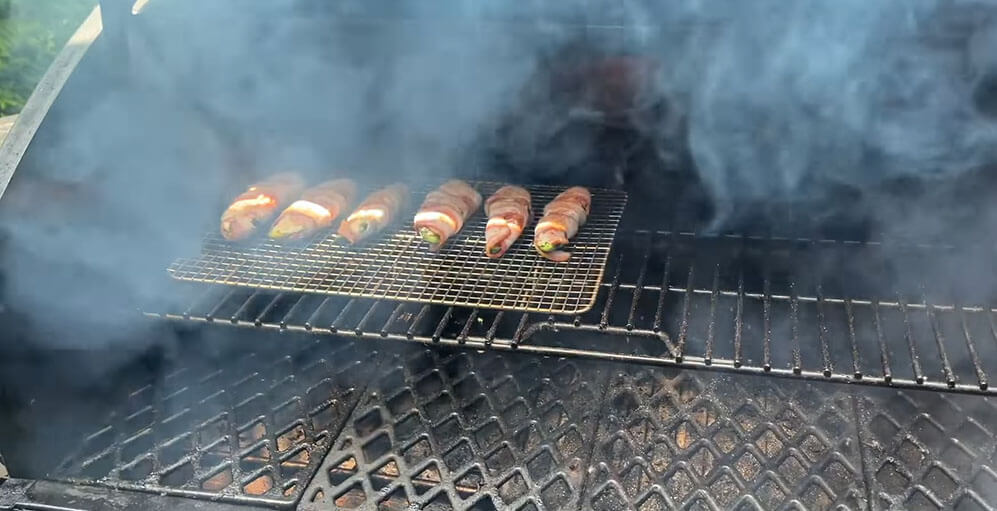 Preheat your smoker to a comfortable 225 degrees and smoke these glorious jalapeno poppers for 1.5 – 2 hours depending on the size. Apple and fruit woods are our favorites for this dish, but they’ll stay tasty with hickory or oak; it is your preference or just whatever you have handy. Because of our geek status, this is our first choice of ways to cook these. No smoker? No problem. See our guide on alternative smoking methods.

That being said, you can grill these over medium coals, preferably in a kettle style barbecue with the lid on. Be sure to allow enough time to get them warmed all the way through while the bacon gets crispy. An oven will work of course. An air fryer will deliver good results, use 300 for 30 minutes or so depending on size and how full your racks are. Watch for overcooking your bacon, slow it down if needed.

Speaking of watching, you will pretty much watch these disappear…and smiles appear as your fellow gatherers enjoy them. 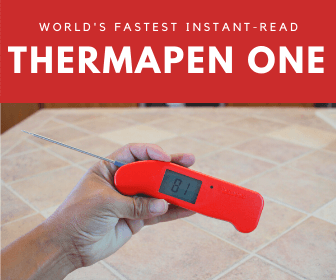 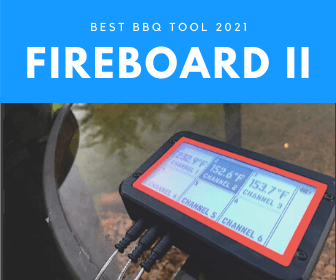