Time to geek out on the science of smoke. 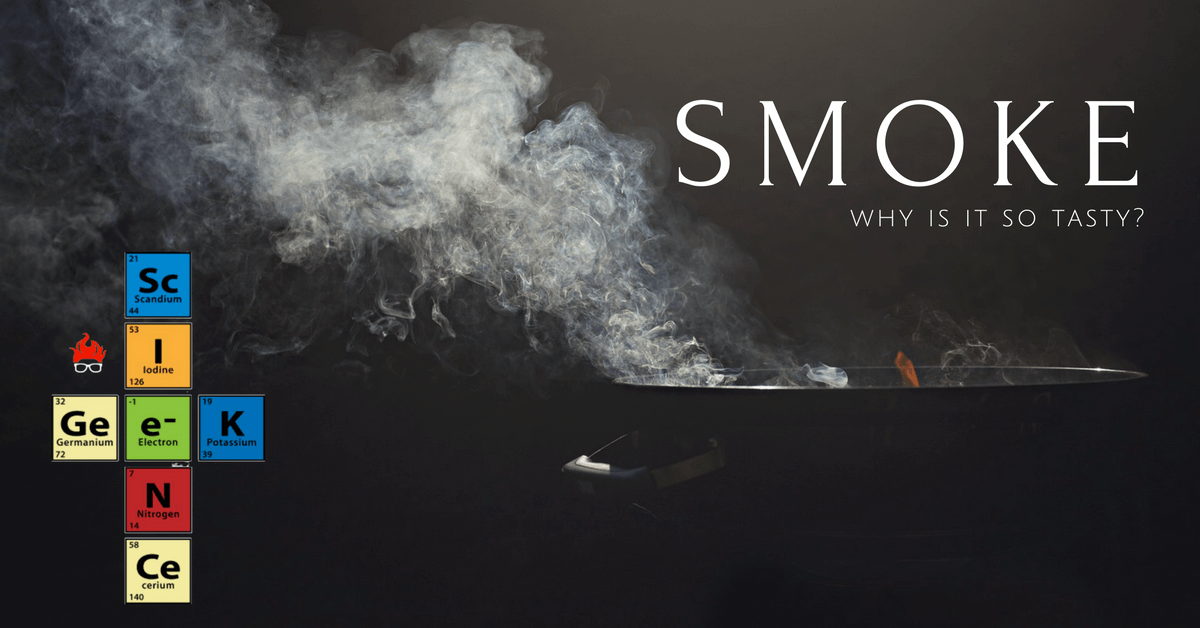 We all know nothing beats the delectable flavor of smoked meat but to truly be an aficionado, you need to know why.

Basics of how smoke works to improve our food

Use this knowledge to tweak and fine tune your own smoking style to make every meal into perfection.

First, what is smoke?

Smoke is created by the process of combustion. When you light a grill you are creating combustion, which is just the reaction of oxygen when it hits fuel, but combustion is what creates smoke.

Depending on the heat source, coal, wood, gas or pellet, the flavor of the smoke changes because each fuel source produces its own unique combination.

Technically, it's a bunch of tiny particles floating around in a mixture of water vapor and gasses; a mixture of everything being burned. When wood burns it produces nitrogen dioxide, which hits the meat and dissolves losing its oxygen molecules.  Once it loses its oxygen, it becomes acidic, and it tries to find something new to connect with to create more stability. What it finds in the meat is myoglobin; myoglobin attracts the acid and pulls it into the meat. Which is what makes the meat take on those delicious smoky flavors. Too geeky?

Let’s try layman's terms...wood burns creating chemicals, some of those chemicals dissolve, what's left attaches itself to new chemicals found in the meat. The combination of chemicals in the smoke and in the meat are essential to smoking, too much nitrogen dioxide or smoke, and you will end up with a culinary Hindenburg.

We all know that hardwoods, like fruit and nut trees, are best for smoking. Softwoods usually contain more air and sap and cause a mixture of crap that makes your food taste like, well, crap.

You need to use hardwoods for the best smoking flavor, but you can't just go out and cut down an oak tree to use for dinner tonight. Fresh hardwood contains too much water which creates steam during combustion. Steam will create all manner of problems with the flavor of your meat. You need air dried wood for your smoker, this wood still contains some water, but it's just the right amount to make a flavorful smoke.

When considering which type of wood to get for your next job you might also think about where the wood comes from. Many smoke tests have shown flavor is more influenced by location, climate and the soil of the tree than by the type of tree itself. That means the cherry wood you bought last time might not taste the same this time if it was not grown in the same geographical location.

Fat is the true secret weapon of smoking. When fat is cooked at high temperatures it makes meat tough, because fat tissues are full of collagen. Slow cooking (smoking) meat has the opposite effect on collagen, instead of tightening the molecules it melts them. When wood is burned it breaks down a chemical called cellulose that exists in the wood. Cellulose is then turned into sugar which caramelizes on the fat and helps to break down collagen. Water makes its way into the fat once it starts to break down and you are left with a savory fatty goo instead of a tough rubber band. That fat jello will make the difference in your next brisket.