Being able to throw meat in the freezer for another time is an absolute necessity. But you have to freeze and thaw the meat just right or else you will find yourself disappointed or worse ill.

There is a problem with freezing meat. When the meat freezes, ice crystals form and these sharp crystals tear protein fibers apart. This is known as The Purge.

Have you ever notice how much juice seeps out of a steak while it's thawing? That's because the fibers have opened up and can no longer hold in all that tasty juice. And sadly, once it's out, you can’t get it back in, so your meat ends up dry.

How to Avoid The Purge

You can help counteract that effect by flash freezing the meat, in this process, the meat freezes quickly enough that the crystals stay small. The easiest way to perform a flash freeze is with an ice bath. Using a combination of ice, water and salt you’ll create a perfect environment to quickly freeze your meat. 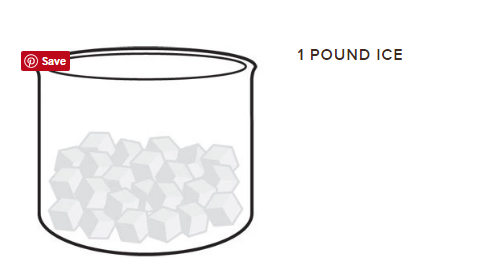 Stick sealed meat into ice water for two – three hours (depending on the thickness of the cut), this will allow the meat to chill quickly, and then you can place it in the freezer. Try to place the chilled meat near the back of the freezer or wherever it will receive the most air flow.

Doing this will not completely avoid your meat from growing those cursed ice crystals which pierce the meat but it will minimize the size of the ice crystals that form; the faster the freeze, the smaller the crystals.

Removing all of the oxygen helps reduce odors, discoloration and freezer burn.

If you don’t have a vacuum sealer, below are a few alternatives:

These practices are not perfect, but it gets rid of a lot more air than typical sealing. Also, always use a freezer bag, plastic wrap is not enough in the freezer.

Once it's frozen, beef will last for several months, other types of meat will need to be used much sooner. A standard rule is 6 to 8 months for beef and 3 to 4 months for everything else.

The best way to thaw frozen meat is to allowing it to thaw gradually in the refrigerator. For thin cuts 24 hours is all you need, larger cuts may be a couple of days. Never thaw it on the counter, frozen meat left out for more than two hours is asking for trouble. As you should know, the outer layers will thaw, warm, and begin to grow bacteria before the inside is thawed. Only do this if you want to spend the night in the ER throwing your guts up. Once the meat has thawed you have a couple of days before you have to cook it. If you decide not to cook it you can refreeze, though it might not be as great after the second thawing.

Place the meat in cold water. Some people say to let it sit under cold running water, but this is the desert, waste not want not, you know? Place the wrapped meat in a bowl of cold water, refresh the water every 30 minutes. Small cuts take about an hour to thaw, larger cuts take closer to 4 hours. Once it's thawed, though, cook it right away because bacteria will start to produce rapidly.  Also, you can’t refreeze it without cooking it first, so if you decide you don’t need it, cook it anyway and freeze it afterward.

If you are really pressed for time and you have low standards, you can thaw meat in the microwave. If you do, make sure to cook it right away and don’t refreeze it unless it’s cooked. Also, wash your microwave to kill any bacteria that make have sprouted there.

Finally, you can cook meat from its frozen state. Expect cook time to increase by 50%. But it’s not all downside, when it comes to steak you can get a nice sear on the outside without overcooking the inside, which is not easy to do with a thawed steak. Cooking frozen steaks is common practice in the restaurant industry. Below is a quick video showing the science of cooking a frozen steak.