Brisket is one of the toughest pieces of meat to smoke well.

It is not only tough to get right, but the cut itself is from one of the toughest parts of the cow. If not done right you might only have an undercooked, over-smoked, disappointing piece of meat to show for all of your efforts. 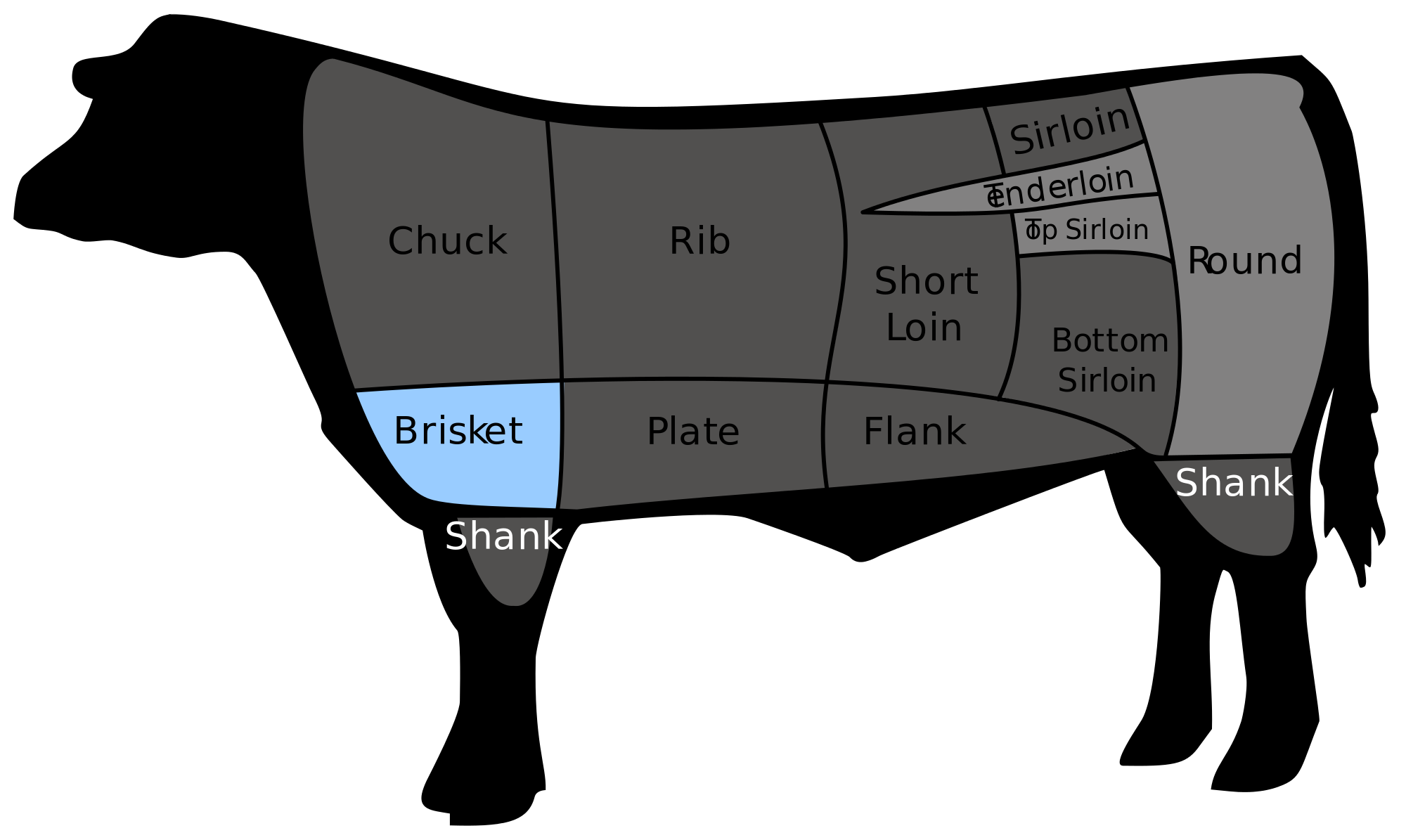 Brisket is the toughest cut of beef to smoke. 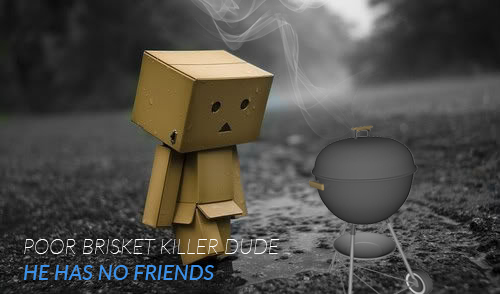 There are a lot of tips out there and a lot of them contradict each other. But we compiled a basic list of brisket smoking don’ts that all MeatGeeks should know.

What to do with the brisket cap?

First, let’s talk fat cap, there just is no consensus on it. The traditional cut, Packer, includes the fatty half of the brisket, while the flat cut, has it removed. Which cut to get will be determined by your preference. But here’s a brief pro/con list to help you decide.

Some of the fat will melt and coat the meat adding additional flavor. But don’t be fooled by fatty myths, the meat will not soak up the extra fat, it's not a sponge, its meat. Not to mention, fat is mostly oil, juices in the meat are mostly water…you do the math.

When the fat cap melts it will roll off the sides of the meat taking the seasoned rub with it. All that fat slows down salt penetration, which is needed to soften the meat. Plus, there’s always the chance people will cut off the fat at dinner – there goes your precious crusty goodness.

Tradition says keep the cap, we say let it go.

By avoiding these common mistakes you're on your way to 'Your Best Brisket Now'!

Placement of the brisket

Don’t place the brisket too close to the fire. Briskets take a very long time to cook, and if there is not enough distance between it and the heat source the brisket will end up dry and unevenly cooked. Also, make sure the fatty ends are facing toward the flame. 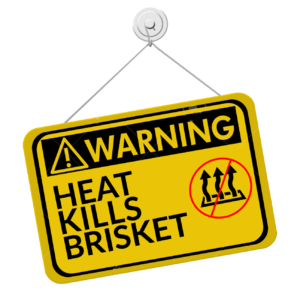 Don’t mess around with the temperature. Since the brisket takes so long to cook, maintaining a stable temperature is essential. In a small cooker, the temperature should remain around 250 degrees, any higher and your meat will dry out. One thing I’ve learned is dial thermometers on smokers don’t work well, there’s a million reasons why, mostly because of their cheap cookie-cutter design. Now is the time for a stepping into the 21st century and pick up a Maverick. Nothing will ruin a brisket slower than 10 hours at 300°F.

You don't bring nunchakus (as cool as they are) to a gun fight.  Don’t use wood chips. I know we keep repeating ourselves, but it takes a long time to smoke a brisket, you need to use pre-cured wood chunks. And more importantly, you need to choose the right wood to make sure the meat does not get over smoked. Post Oak is a great choice, many even use pecan because of its mild flavor, personally, I prefer a mix of pecan and oak.

Brisket is an art, it should take some time 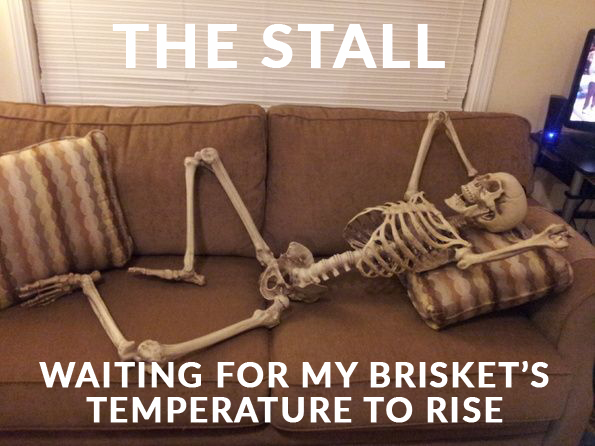 Don’t get in a hurry.

Brisket takes a long time (approx. an hour to an hour and a half per pound), prepare for it. When I read of methods to cook brisket at insanely high temperatures (upwards of 300°F) calming to yield great tasting brisket I often question it; while they're likely true to their claim, I advise the 225 to 250°F method until you’re confidant in your smoking skillz. With that being said, when the meat reaches around 150°F you’ll notice a “stall” in temperature for a few hours. You may think there is something wrong. There’s not. This is just the process of moisture evaporating from the meat, during this process it continuously cools down the meat. For this reason I do recommend a little trick: wrap the meat in a foil until you pass the 160°F mark. This does three things: keeps the meat most by not letting as much moisture escape, speeds up cooking time by an hour or two but lastly, it can make that crusty outer shell become soggy. To offset the latter, sear the meat for about 7 minutes per side over high heat before serving.

In the end, you should  find YOUR best brisket

Otherwise, like all great smoking recipes, smoking a brisket to perfection take time and experience. If you weren’t wowed by your first attempt switch thing up a little and try again. You’ll eventually find the perfect brisket for you.

Here are a few rubs to try

These rubs assume you already dry brined with salt a day or so in advance; if you did not include some salt into these rubs.